India is one of the most populous countries and home to a vast storytelling tradition. The energy and complexity of these religions, languages, politics, and geographies have contributed to ancient epic poems, traditional fables, folklores, and adventures. It helps people across the world to experience and pique their curiosity about this incredible country and its people who inhabit it. 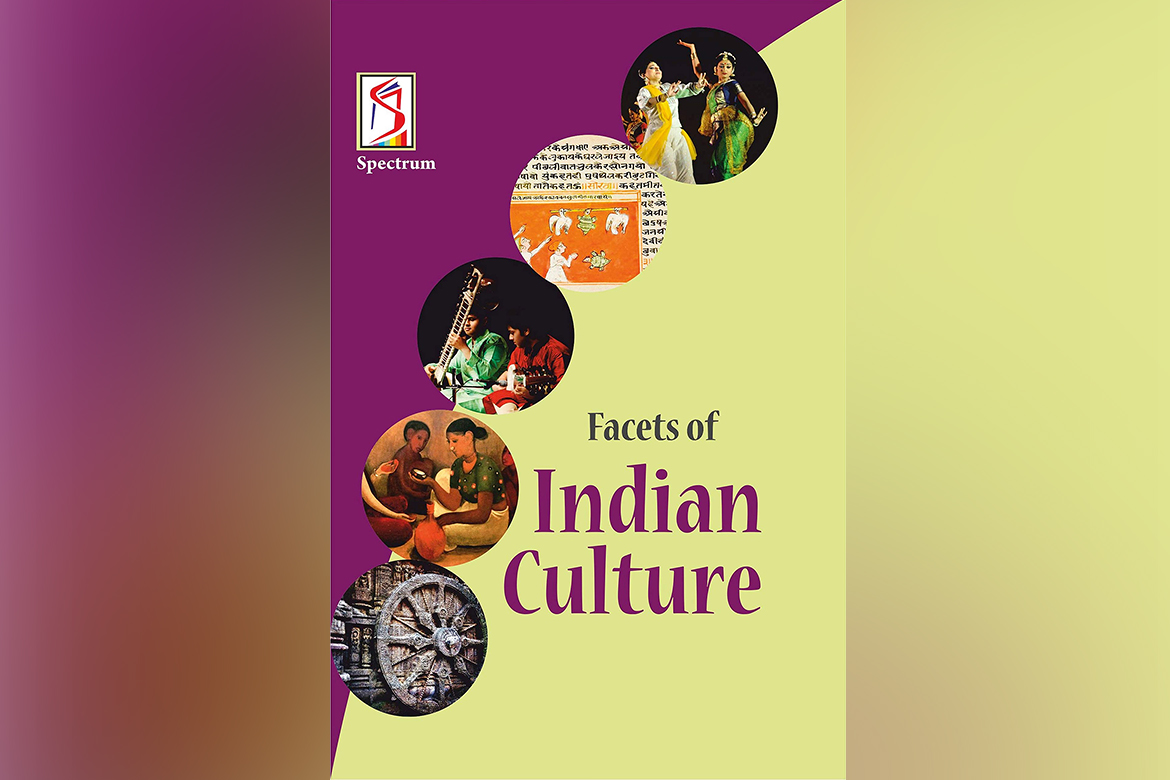 The culture of an ancient and diverse country like India is not only complex but closely interwoven with social realities. This book is a composite study of Indian culture, Indian art forms, architecture, literary, intellectual traditions, beliefs, myths, and aspects of social development. It also examines several vital aspects of cultural transformation in modern India. The book is a comprehensive guide on Indian culture and it comprises chapters on religion, philosophy, music, dance, cinema, art, architecture and language and literature. Besides, the book consists of several solved and unsolved questions for thorough practice and revision. Readers will find this book worth reading.

You May Also Like: Cooking Lover? Then, Go Through These Books To Become A Pro In Cooking 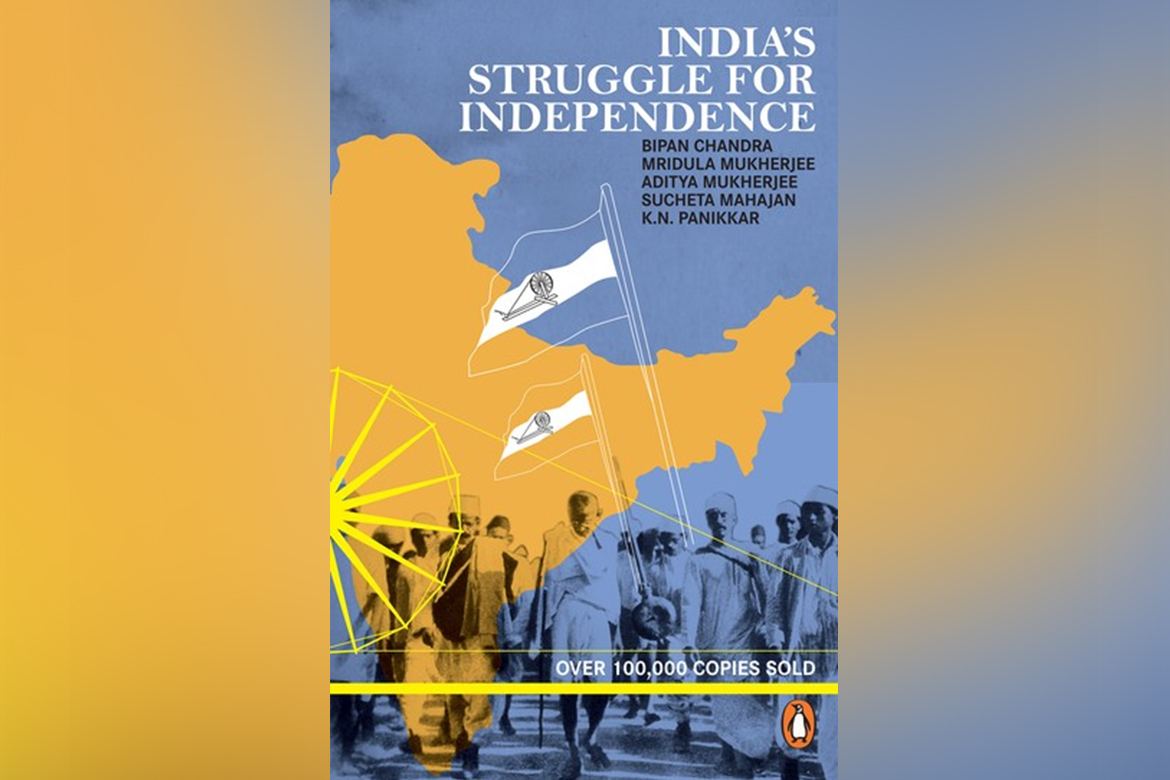 This book has an in-depth and detailed overview of Indian independence movement. A lot has been written and said about the Indian freedom struggle, but there remains a gap. This book provides a narration on the impact this movement had on the people across the entire country. Bipin Chandra’s book is a well-documented and one of the most accurate books about the history of India’s freedom struggle against British rule. The book has been written after thorough research based on legal and valid verbal and written sources. This book includes all the independence movements and fights, from the first war of independence that started with Mangal Pandey to Mahatma Gandhi’s non-cooperation/ civil disobedience movements. and Subash Chandra Bose’s weapon heavy tactics and his charisma, irrespective of their size and impact. This book has oral and written narratives from different regions of the country, making this book historically rich and diverse. The book captures the evolution of Indian independence struggle in detail.

You May Also Like: Gift These Gaming Books To Your Bae And Enjoy Gaming Together

3. The Cultural Heritage Of India: 8 Volumes – The Ramakrishna Mission Institute of Culture 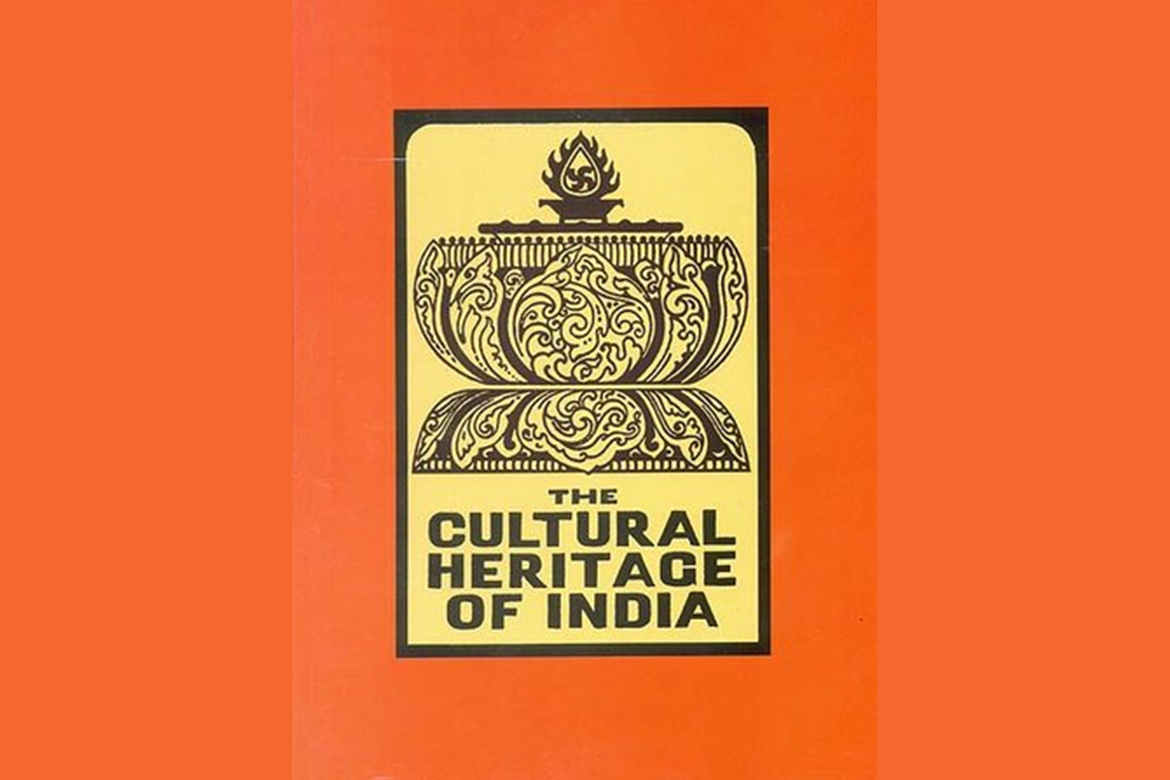 Published in 1937, the first edition of this book had 3 volumes. It contains the work of one hundred distinguished Indian scholars. The book presented a panorama of the cultural history of India. While considering the second edition, the publishers enlarged the scope of the work. It was made more comprehensive, authoritative and representative of different aspects of Indian thought. Hence, the number of volumes has been increased. The book starts with the background of Indian culture followed by prehistoric India, Vedic civilization, religious literature, art, dharma-shastra, and many more.

You May Also Like: Best Fiction Books That You Should Read Once

4. The Discovery of India – Jawaharlal Nehru 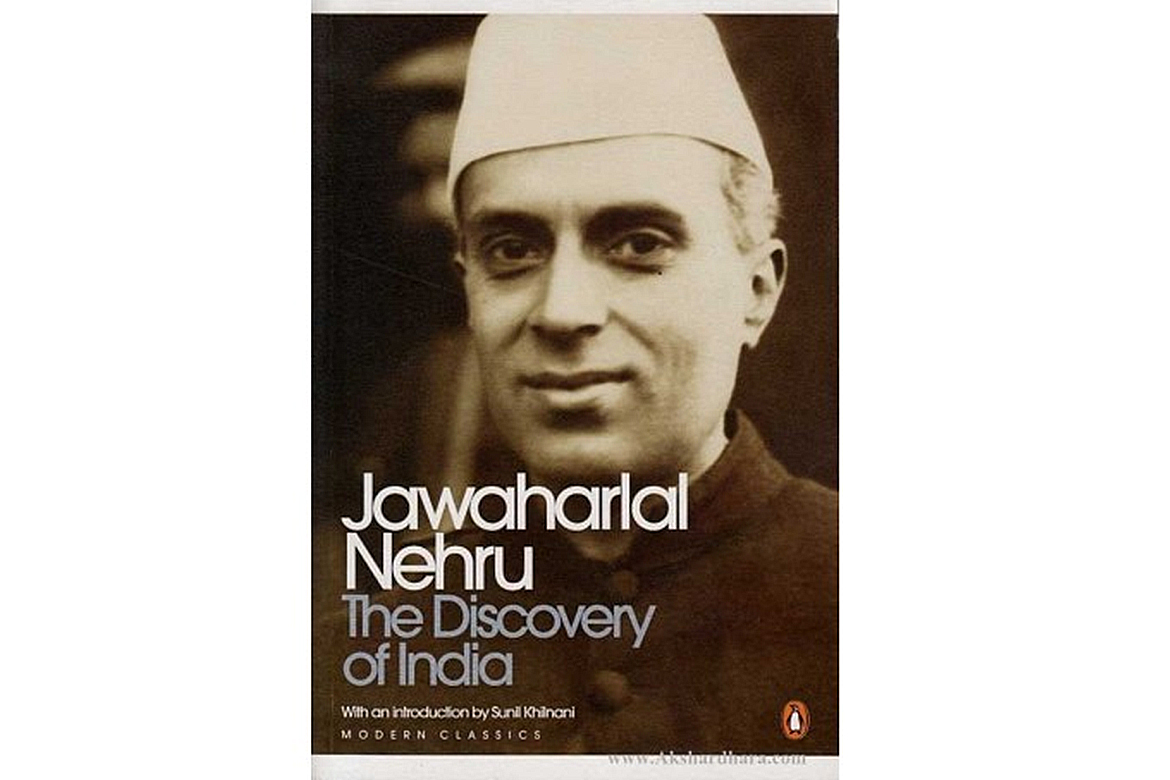 One of the modern day’s most articulate statesmen, Jawaharlal Nehru has written on a wide variety of subjects. Describing himself as “a dabbler in many things,” he committed his life to politics, nature, wildlife, drama, poetry, history, and science, as well as many other fields. This book helps to illuminate the depth of his interests, knowledge, skill, and elegance with which he treated the written word.

You May Also Like: Giving A List Of Rom-Com Books That Will Restore Your Faith In Love. 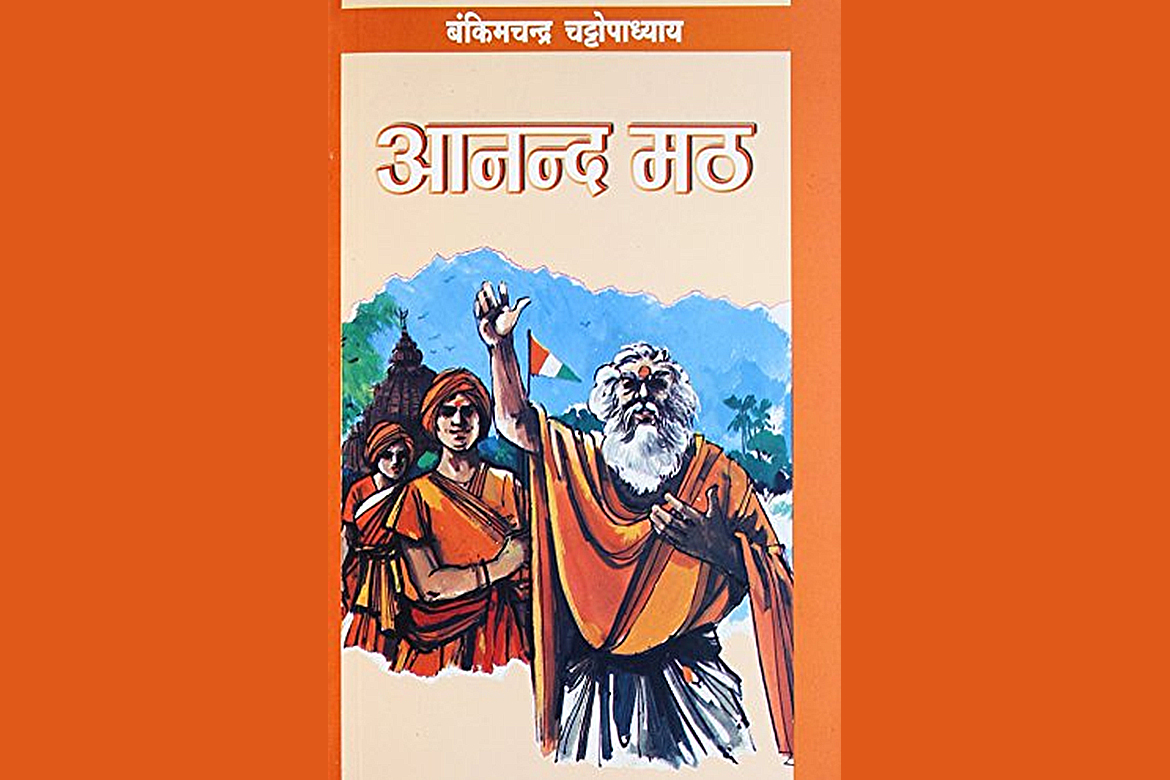 One of the most popular Indian novels, ‘Ananda Math’ (published in 1882) has been translated into English and Indian languages. The five editions of this book were published in Bengali and Hindi during the author’s lifetime. The novel has a backdrop of the 18th-century famine in Bengal, infamously known as “Chhiyattorer Manvantar” (famine of 76th Bengali year, 1276), to narrate the saga of the armed uprising of the ascetics and their disciples against the East India Company rulers. The uprising is historically known as ‘Santan Vidroha’, the ascetics being the children of Goddess Jagadambe. Ananda Math’ is thrilling and best epitomized in the patriotic mass-puller song “Bande Mataram’ (‘Hail thee, O My Motherland’). The song still stirs the imagination of millions of Hindus. The ascetics had a highly organized setup, spread throughout Bengal. They robbed the British rulers, the greedy zamindars and distributed the looted wealth to poverty-stricken people. It is believed to be India’s first battle for freedom.

You May Also Like: Best Adventure Books That You Should Give To Your Child

6. My India by Jim Corbett 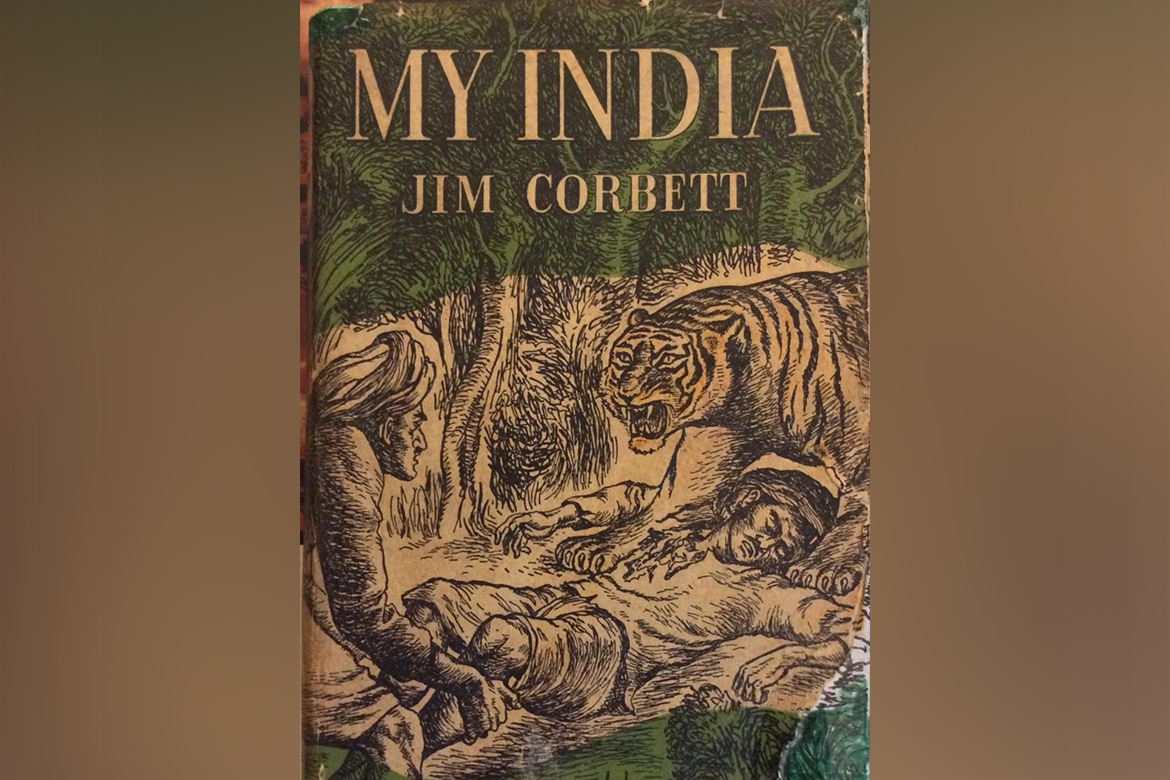 This is a book by a British hunter about Indian people. The book portrays the lives of people and the honest account of Corbett’s relationship with the poor and deprived people during those late colonial times. Several excerpts from the book portray the amount of respect and reverence that Corbett had for the rural poor.

You May Also Like: Some Dramatic Books That Are Being Touted As The Next Best In Line. 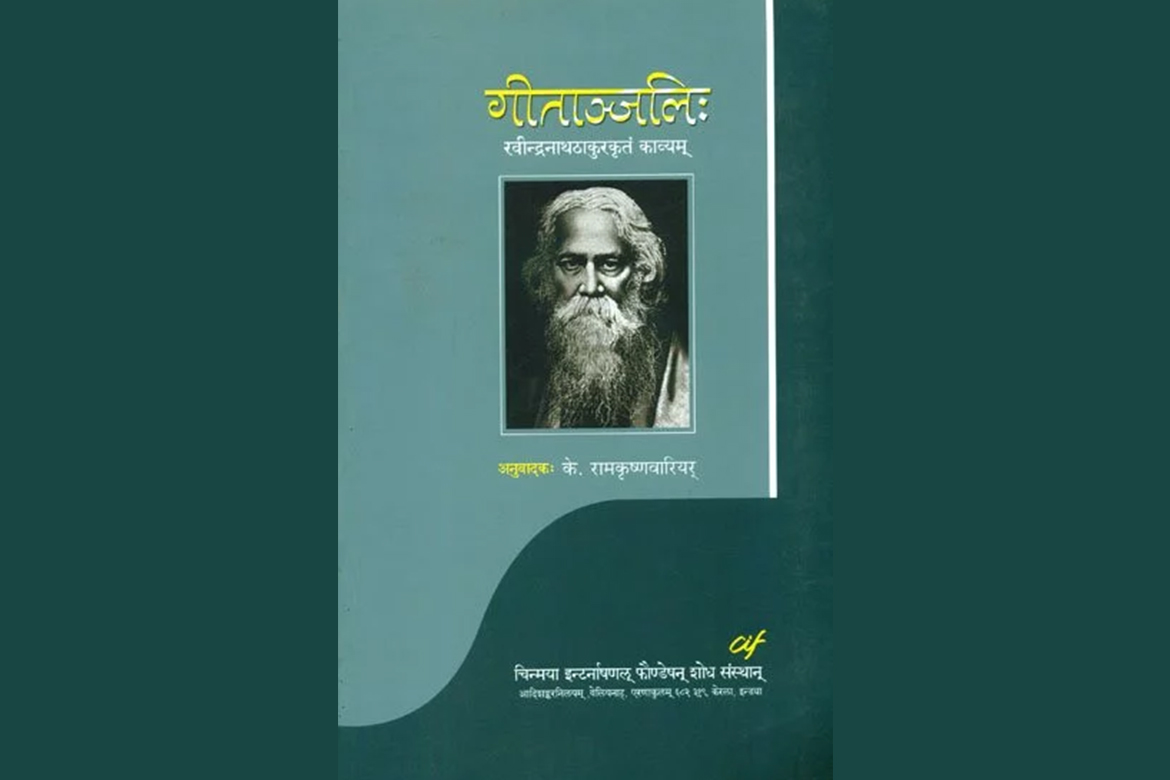 Nobel laureate Rabindranath Tagore was one of the most respected writers in 20th-century Indian literature. “Gitanjali” is one of his greatest achievements, and has been a bestseller since it was first published in 1910. Containing an assortment of 103 poems, Gitanjali is an English translation of various poems and works of Rabindranath Tagore. Translated by himself, the book contains 53 translated poems from the original Bengali version of Gitanjali, as well as 50 other poems from 8 of his other works on poetry and a drama titled Achalayatan.

An integration of two words, ‘Git’ and ‘Anjali,’ the literal meaning of the word is ‘offering of songs.’ The strong devotional tone and subliminal spiritual incitation, the book can be said to have devotion to god as its theme. It highlights the poet’s intense response to the magnificence of the universe as well as an affirmation of life with all its abundance, mystery and diversity. Though the translator and author of the original book are the same, the translations are radical, involving certain modifications and on the other hand, leaving out whole segments.

You May Also Like: Travel Books For You And Your Love Of Travelling 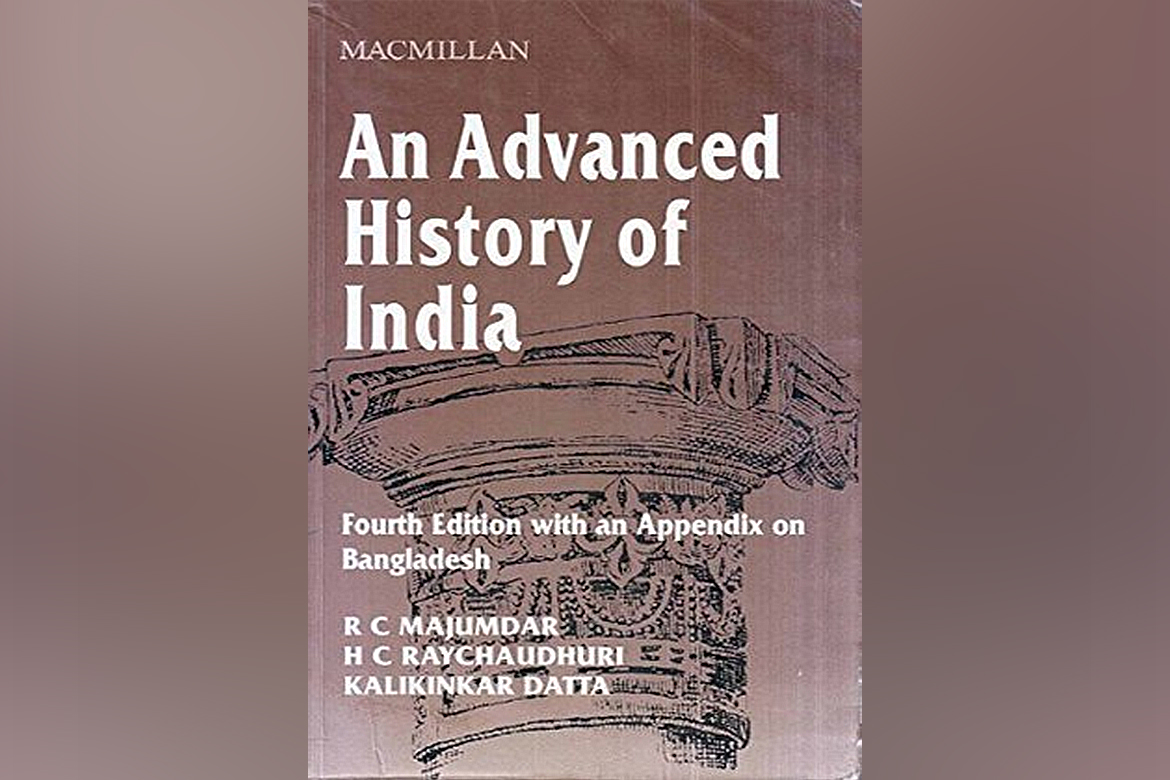 Originally published in 1946, An Advanced History of India established itself as the standard work on the subject. The present edition has the history up to 1978. The detailed record of events in supplemented throughout by a study of administrative, social, economic and cultural developments. Scrutiny of sources has produced a clear picture of Indian civilization. The book is adequately provided with genealogical tables, bibliography, illustrations, maps, and plans.

This book is the most valuable history of India for the student. The first part on Ancient India epitomizes the most recent as well as older scholarship has to tell us about this fascinating period and the Muslim and British parts of India’s history are treated with fairness and dignity and attention is drawn to the fundamentals of history – the growth of institutions, social and economic developments.

You May Also Like: Best Books That You Should Add InYour Wishlist 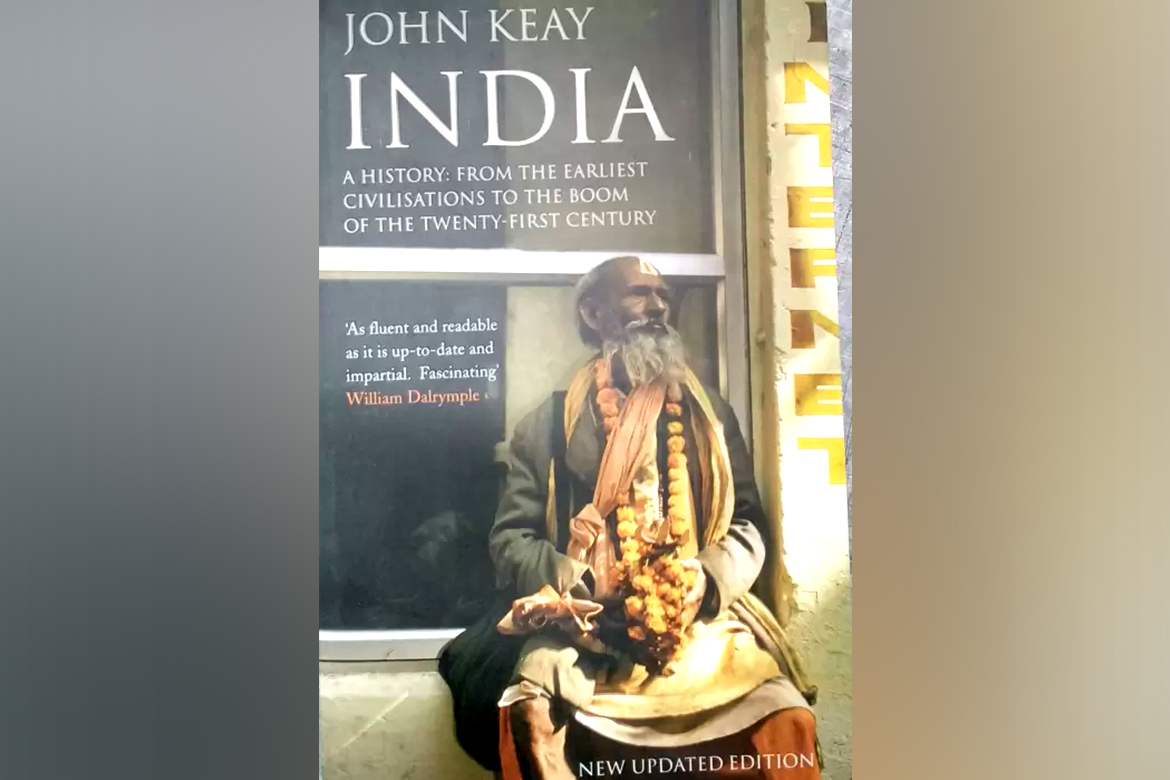 It is a probing and provocative chronicle of five thousand years of South Asian history, from the Harrapan settlements on the banks of the Indus River to the nuclear-arms race. In a tour de force of narrative history, the author blends insights from various scholarly fields and weaves them together to chart the evolution of the rich tapestry of cultures, religions, and people that make up the modern nations of India. Authoritative and eminently readable, this book is a compelling epic portrait of one of the world’s oldest and most richly diverse civilizations.

You May Also Like: Fiction Lover? Go Through These Amazing Works Of 2019 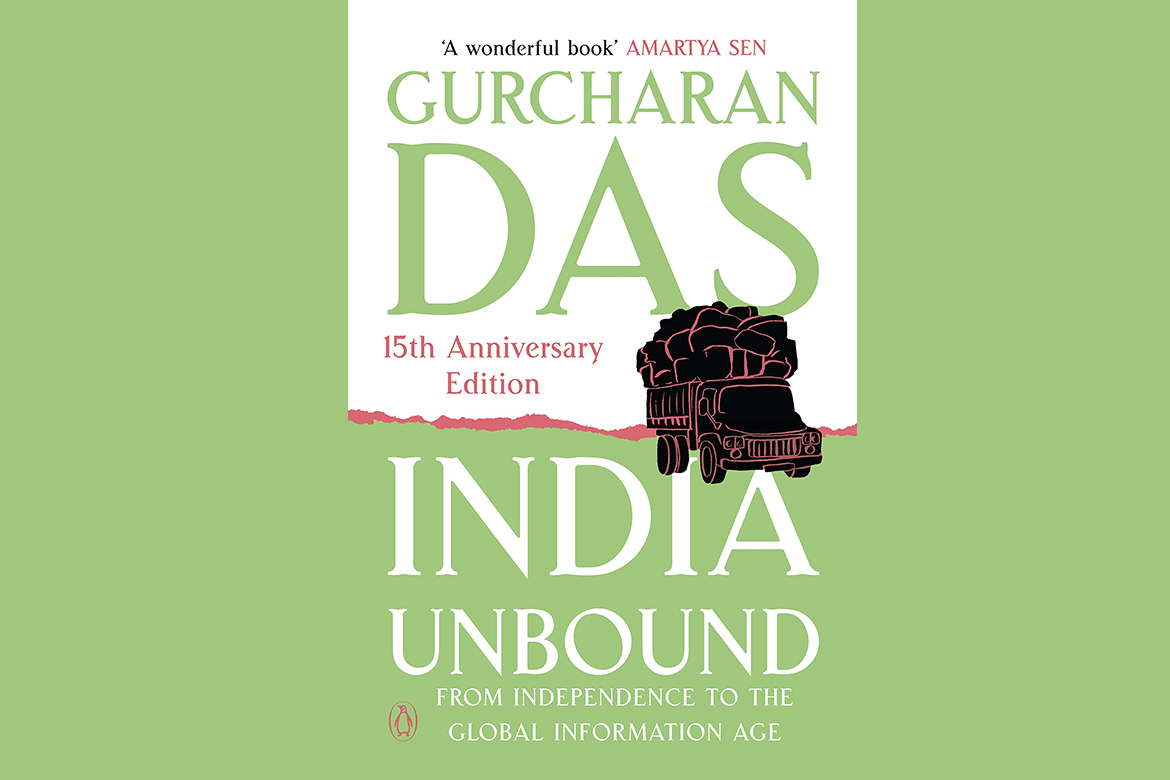 India is a vibrant free-market democracy and on its way to overcoming decades of widespread poverty. The nation’s rise is one of the great international stories of the late twentieth century. In this book, the acclaimed columnist Gurcharan Das offers an economic history of India from independence to the new millennium.

The author shows how India’s policies after 1947 condemned the nation to a hobbled economy until 1991. The author traces these developments. He offers an insider’s perspective and deftly interweaves memoir with history, creating a book that is vigorously analytical and vividly written. Impassioned and eminently readable, India Unbound is a must for anyone interested in the global economy and its future.

You May Also Like: Some Good Reads For The Lover Of Nature 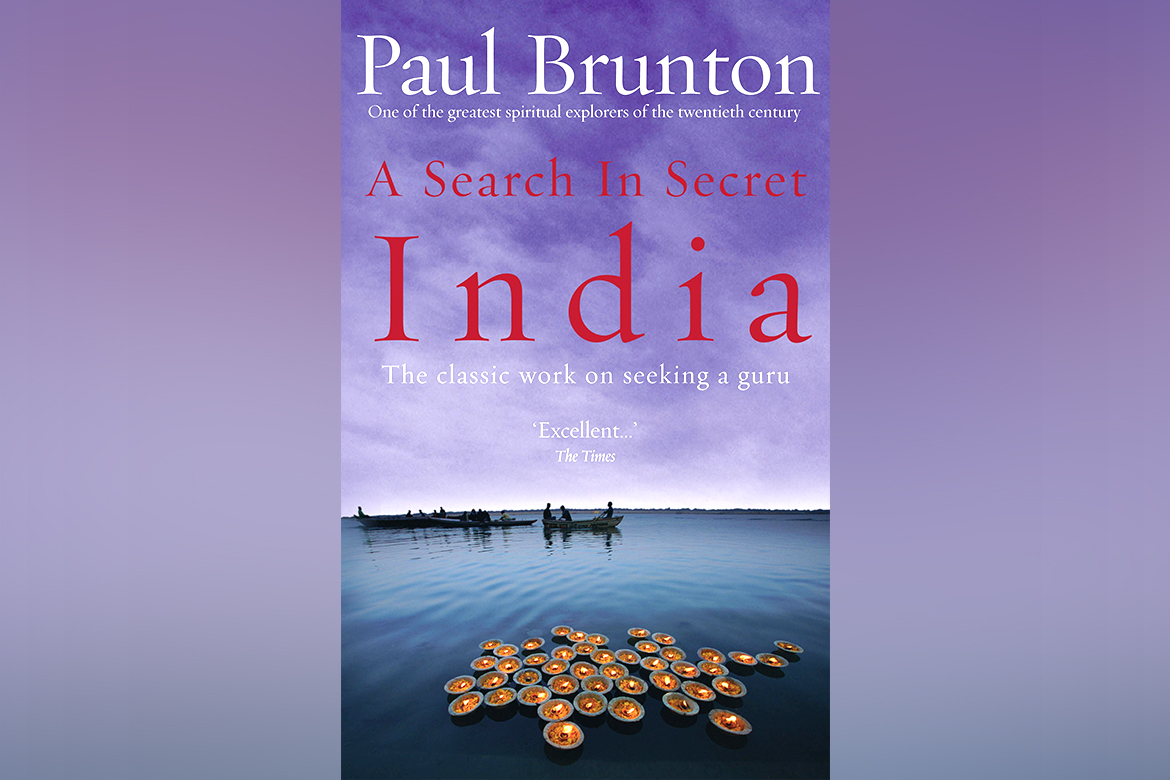 The book is the story of Paul Brunton’s journey around India, living among yogis, mystics, and sages, some of whom he found convincing. He finds peace and tranquillity which come with self-knowledge when he meets and studies with the great guru Sri Ramana Maharishi.

You May Also Like: Books That Give A New Definition To Women Protagonists 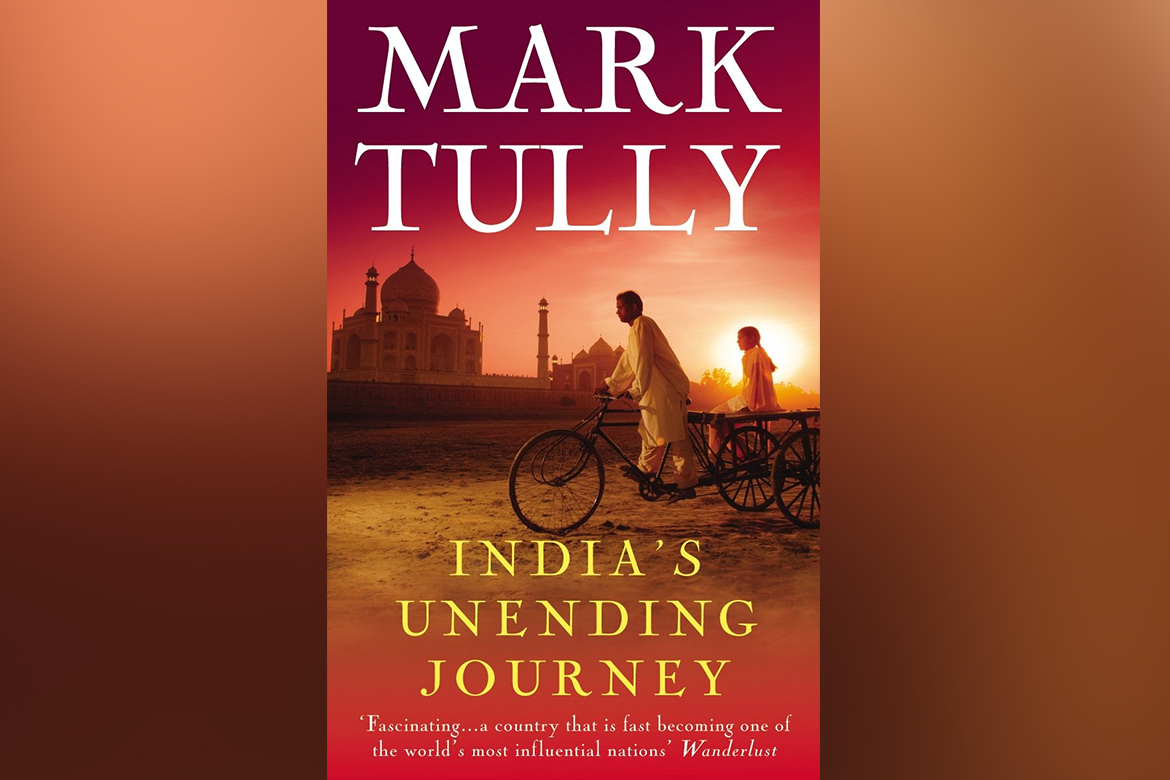 Born in India and educated in Britain, Mark Tully is a citizen of two countries and two cultures, which have shaped his thinking. The author has a unique perspective on the world. In this thoughtful and remarkable book, he shares the formative experiences of his upbringing, his early vocation as a priest and his fascination for traditional as well as modern India.

India is changing very fast and will soon become one of the world’s most influential nations. As one of the subcontinents’ pre-eminent commentators, there can be no better guide to its ways than Mark Tully. In fascinating style, he shows us the many lessons he has learned from India. He believes that India has yet to teach us about the way we deal with economic growth, poverty relief, environmental issues, education, and democracy. India’s journey is the journey of us all, towards a future in which we must draw deeply upon our spiritual and material resources, and strive to find a balance in the face of uncertainty.

You May Also Like: Providing Some Best Books On The Subject Of Friendship & Friends 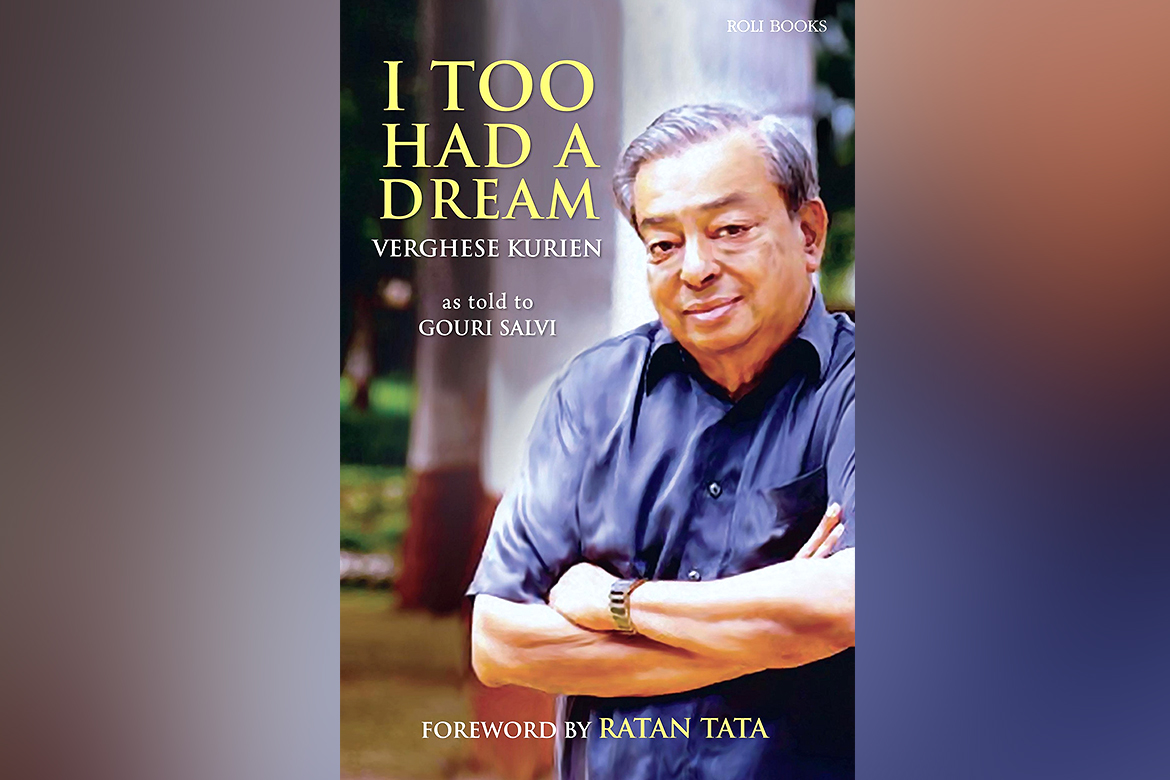 Architect of ‘Operation Flood’, the largest dairy development program in the world, Dr. Verghese Kurien was a man with a rare vision. Dr. Kurien has devoted a lifetime to realize his dream to empower the farmers of India. He has engineered the milk cooperative movement in India. His fate landed him in Anand where a group of farmers was forming a cooperative, Kaira District Cooperative Milk Producers’ Union Limited (Amul), to sell milk. Dr. Kurien joined them and then there has been no looking back. At the request of the Government of India, he set up the National Dairy Development Board to replicate it across India. He established the Gujarat Cooperative Milk Marketing Federation to market its products. In these memoirs, Dr. Verghese Kurien, the ‘father of the white revolution’, recounts, the story of his life and shaping the dairy industry. Profoundly inspiring, these memoirs help up comprehend the magnitude of his contributions and his multifaceted personality.