Reasons Why Women Are At High Risk Of ALZHEIMER’S!

Women over 60 are twice as likely to develop Alzheimer’s disease. When a person has Alzheimer’s, their brain changes. It has fewer healthy cells, and it gets smaller over time. Most of the time, the brain cells also form two types of flaws: Neurofibrillary Tangles and Beta-Amyloid Plaques. Plaques and tangles damage healthy brain cells around them. The damaged cells die, and the brain shrinks. These changes cause the symptoms of Alzheimer’s, such as memory loss, speech problems, confusion, and mood swings.

Here’s what the science has to say about the factors that influence your risk of Alzheimer’s and cognitive decline.

You May Also Like: Interrupted Focus? These Could Be The Reason! 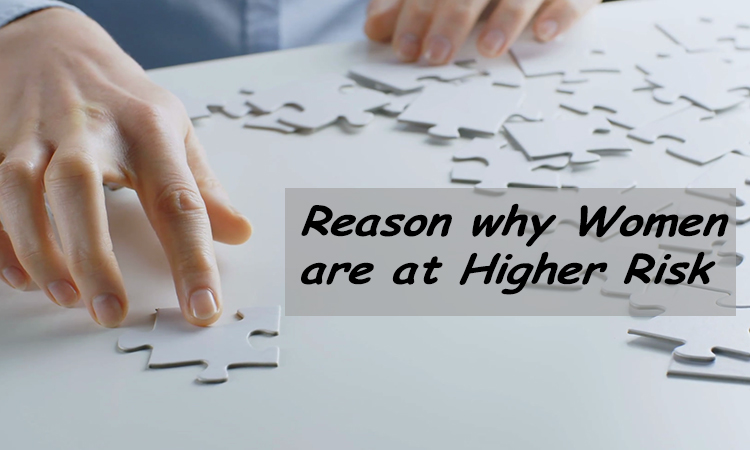 You May Also Like: Stay Younger For Long: Slowdown Aging!!

You May Also Like: Why You Should Not Hold Up To Tears?

You May Also Like: These Monday Morning Mantra Will Boost Your Entire Week

Be Abstemious! Do Not Eat These Foods...

Break The Taboo: 5 Indian Myths About...

Are You Sexually Not Active Enough? These...