Home Celebs Wonder Woman Who Is Not From Marvel Series!
CelebsWomen in Leadership

Finding a woman inspiration today is like finding the logic in Bollywood romantic movies…That means very tough! I think there was a decade where women had “Junoon Kuch KR Dekhane Ka!” Like we hardly find someone who has set some major goals in our life and by this, I really don’t mean couple goals…Like seriously why do people have couple goals? Anyway, the article is not about something random but about the Wonder woman not from Marvel series but from India Dr. Seema Rao.

She is India’s first Women Commando Trainer who is training Special Forces of India from past 18 years, also the pioneer of CQB that is the Close Quarter Battle.

Her journey begins from childhood, being the daughter of Prof. Ramakant Sinari who was a freedom fighter of India, so since childhood, she was clearly committed to the goal of serving the country. She is a certified doctor in conventional medicine and has done MBA in crisis management.  She trained 15000 soldiers with her husband Major Deepak Rao in modern CQB. 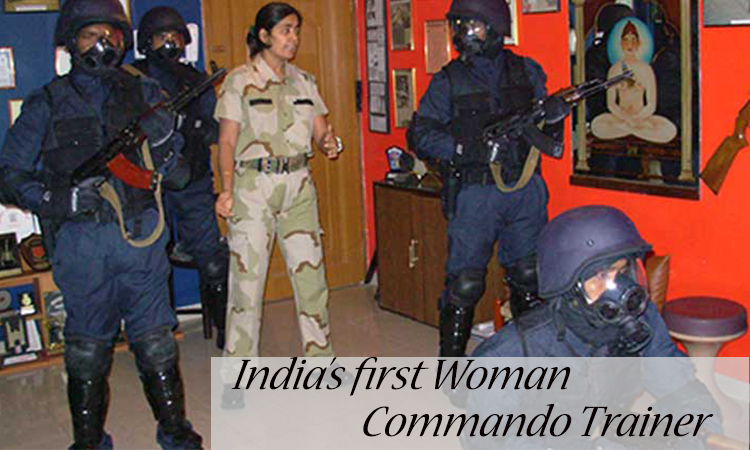 She has been a combat shooting instructor and 7-degree Black belt. Her achievements do not end here she is also an authorized trainer of JEET KUNE Do which is military martial arts. If you think she is a total tomboy kind of person then you are wrong she was also the finalist of Mrs. India World Beauty Pageant, well that’s is what I call Beauty with a lot of Brains.

That’s not all about her! She has researched on Combat shooting methods and then invented “Rao System of Reflex Fire” which was proved to be the best method till now!

Can you imagine how many awards this Wonder woman has achieved in her life? Well here is a list of some:

In 2008 she received World Peace Award from World Peace Congress, then Prime Minister of Malaysia honored her with Malaysia Award.  Recently she has been honored with Nari Shakti Puruskar which is known as India’s highest civilian honor for women.

She does not stop here! She was also the co-author of Encyclopaedia of Close Combats Ops, A Comprehensive Analysis of World Terrorism and Commando Manual for Unarmed Combat which is, by the way, the first book on such topic. Her books are safely kept in libraries of FBI, UN, and SWAT police the over the world.

Now, that’s an inspirational personality. I mean after reading so much about her I got totally inspired. She has indeed set some major goals for all of us.

Read more: The woman who proved ” Life begins at the End of your Comfort Zone”

Stay Fit With Your Special One- Try These Exercises

Thinking Of Taking A Vacation ? Here Are Quick Getaways!

The Living LEGEND And His Legendary Dialogues!!