It’s important to get the facts about how HIV is passed from one person to another. 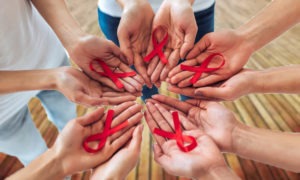 HIV can be transmitted through-

HIV is NOT spread through:

How HIV spread through sex?

Way to protect yourself:

If you do have sex, use latex condoms properly every time. Condoms work by providing a barrier to the body fluids that can be shared during sexual activity (including oral sex). Always follow the directions exactly and never use the same condom twice. If you have had unprotected sex (sex without a condom) or have shared needles with someone else, you should be tested for HIV. If you’ve had sex with a condom, you also should be tested since condoms are effective when used correctly. As well as ask your partner to be tested as well.

Diabetes and weight handle both!!