Home RelationshipCouples Pyaar Ya Yaar? Who Has Greater Importance?
CouplesRelationship

Pyaar Ya Yaar? Who Has Greater Importance?

Friendship and relationship have much more to talk about and this article clearly will show you the comparison between a relationship vs friendship. Both are not similar they are totally different from their limitation and freedom. If they stop with others or confused with each other, then some problems can occur between them. There is no definition of friendship which is very difficult. It is the relationship where no one is dependant on each other for making choice but they are there for each other in any need or problems. 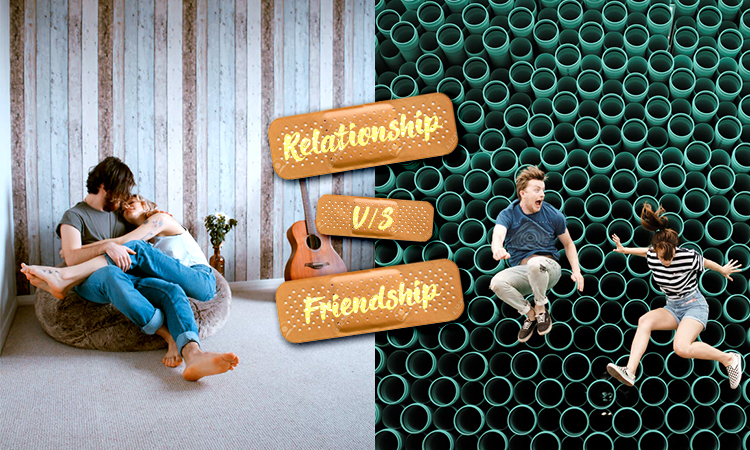 It is much more than just a regular person. It is the deepest relation. Friendship is the relation without which no one can live as friends are the one whom we can share our secrets, and spend a lot of good time. Relationships are developed on intimacy where two-person get into each other and begin to discuss their own matters and do not take decisions on their own. It is much more than friendship.

Two people are in a relationship with their commitment or marriage. Thus, it can be said that friendship will last till life ends, but relationship except marriage relationship may or may not be alive and can get end up.

Thus, make sure relationship vs friendship is just impossible. Still, there were some points which can be compared in both.

Follow More: 3 Concepts Of Relationships That You Need To Know

Saw Cute Couple Again? Try These To Become One!

5 DIY Ideas To Make Personalized Gifts For Your Girlfriend

5 DIY Ideas To Make Personalized Gifts For Your Boyfriend

Best 80+ Love Paragraphs For Your Loved Ones Her/Him- Explore...

If Your Friend Does These Things For You…. That Person Is You,...

Secret Relationship Advantages And Disadvantages: Does Or Doesnot Work