Castor oil has been used for a thousand years. It has been used for treating constipation or arthritis for years. And, not to forget the times when you did not have labor pains, you were asked to drink castor oil to induce pains as well. The oil has been extracted from the seeds of Ricinus communis plant. If you think, that’s about it then you are wrong. Castor Oil is used in several skincare products and even shampoos. So, in this writeup, we will let you know why castor oil is the ultimate potion for the skin.

1. Castor Oil for Dry Feet:
Castor oil helps in relieving dry and patchy skin. So, if you are one of those who have cracked heels, then a scaly underfoot can be easily treated by castor oil. All you need is to apply castor oil with crushed Kapur that helps in deep exfoliation and softens the skin of the sole. 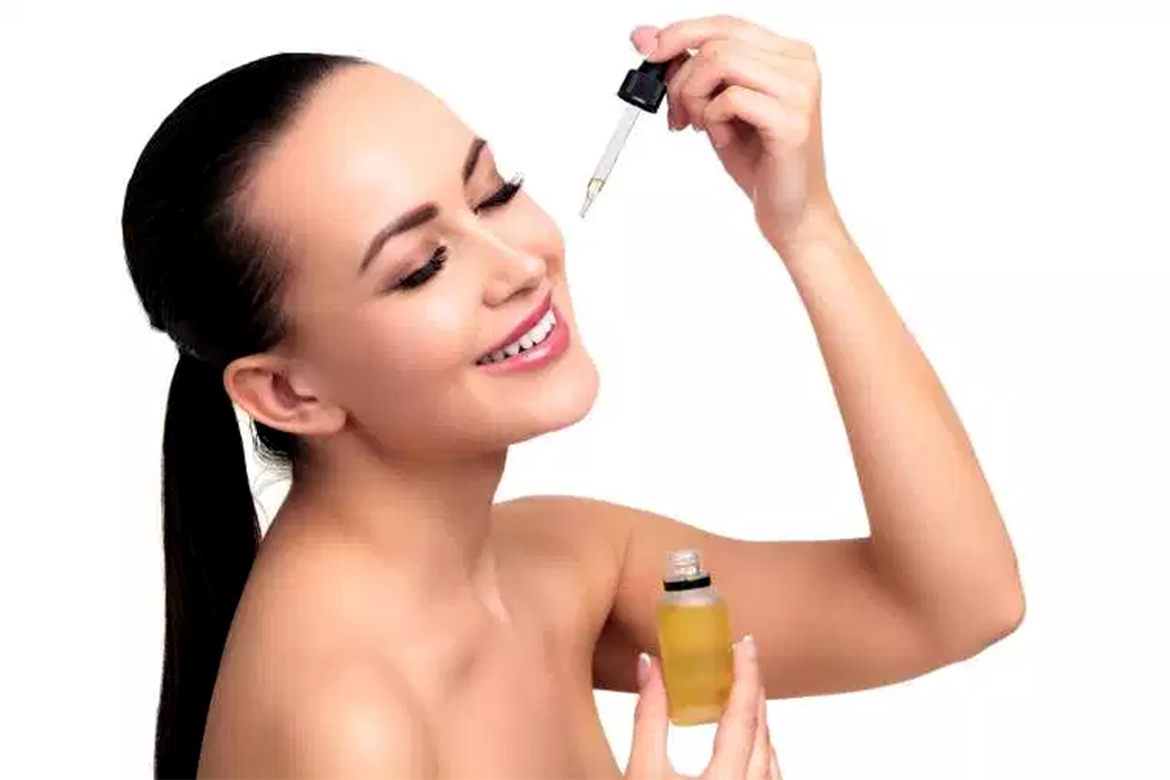 2. Castor Oil for Anti Aging:
Castor oil has properties, which are known to delay the signs of aging. The castor oil combat free radicals that accelerate aging. Castor Oil can be used under the eyes, mouth, forehead, chin, and neckline. All you need is to apply a drop of castor oil in the morning in these areas and leave it for twenty minutes. Wash off with normal water. You can then follow up with your regular skincare routine. But, make sure you do a patch test before going ahead.

3. Castor Oil for Moles:
Rubbing castor oil on the mole will have effective results. All you need to do is to follow this pattern twice a day. Mix three drops castor oil with baking soda to get a gum-like consistency. Apply this mixture directly on the mole. Put an adhesive bandage on this before going to bed. Rinse it off the next morning.

4. Castor Oil for Acne:
Most beauty products will strip your natural oils. Each time your skin gets the loss of oil. The skin even produces more oil to compensate for the loss of the oil. Castor oil here comes into the picture. You can make use of castor oil to replace the essential fatty acids that are required by the skin. Castor oil contains help in restoring the skin’s natural moisture balance. All you need is to apply castor oil on your face and massage in circular motions. You can even leave it overnight and wash it in the morning.

5. Castor Oil for Lips:
Castor oil is a great remedy for healing chapped lips. Castor Oil contains vitamin E and other antioxidants and minerals, which are great for skincare. But, make sure when you apply it on your lips, don’t ingest it.

Wanna Know Why Does Parenting Matter? Then, Read This

10 Amazing First Night Gift For Him

Do It Yourself: How To Make Coffee Scrub At Home

How to remove Pimple scars from your face

How To Remove Sun Tan During This Summer

Home Remedies To Get Rid Of Freckles

Try Out These Winter 2019 Hair Trends Before The Year Comes To...

5 Best Foods For A Skin Care Diet For Non Vegetarians