More reasons to say Cheers to your Beer Mug !!

Beer is an alcoholic beverage brewed from cereal grains which have many nutritional values. It is the third most popular drink preceded by tea and water. It is usually believed that alcoholic beverages can only damage our body organs but you will be surprised after listing that Italian researchers found that moderate beer drinkers had a 42 percent lower risk of heart disease compared to non-drinkers. We are talking moderate consumption (one drink per day for women (350 ml/ 12-ounces), and up to two for men). However, beer has many health benefits and can improve our overall health in a lot of different ways. 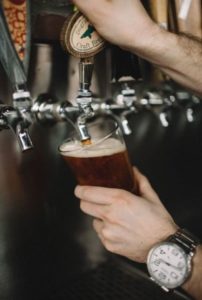 Let’s know some benefits to drink beer in a moderate way ….

How To Enjoy The Freedom And Original You After Your Breakups?

Happy hour drinks make you happy?? Or they affect your skin

No More Scoldings But More Reasons To Eat Chocolate!